Your House, On Fire

What is the most subversive object you can think of? What do underground & mainstream mean to you? How can you step outside your own logic? 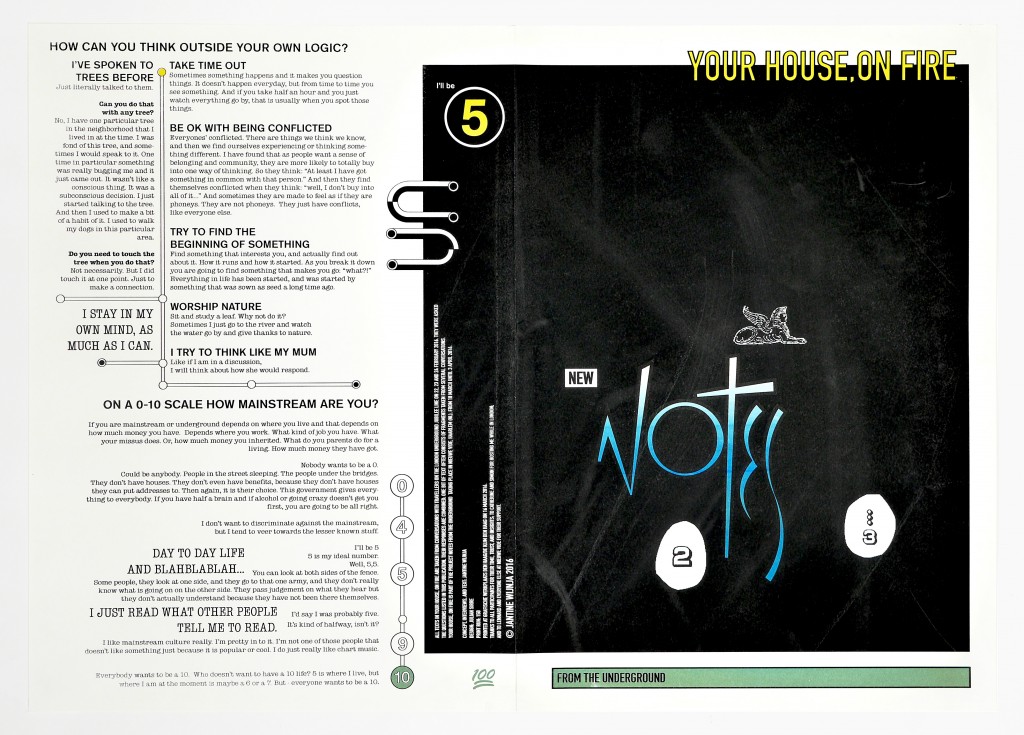 These and other questions were posed to travelers on and around the London Underground Jubilee Line. Bankers and soldiers, a minister, a car mechanic. The text from the resulting publication Your House, On Fire is built up entirely of their responses. The graphic design is by Julian Sirre.
All in all, 33 travelers were interviewed. In the publication, their responses are combined: one bit of text often consists of fragments taken from several conversations.
Your House, On Fire was produced as part of the exhibition Notes from the Underground at Nieuwe Vide, Haarlem, (NL), and was on view from 18 March through 3 April 2016. 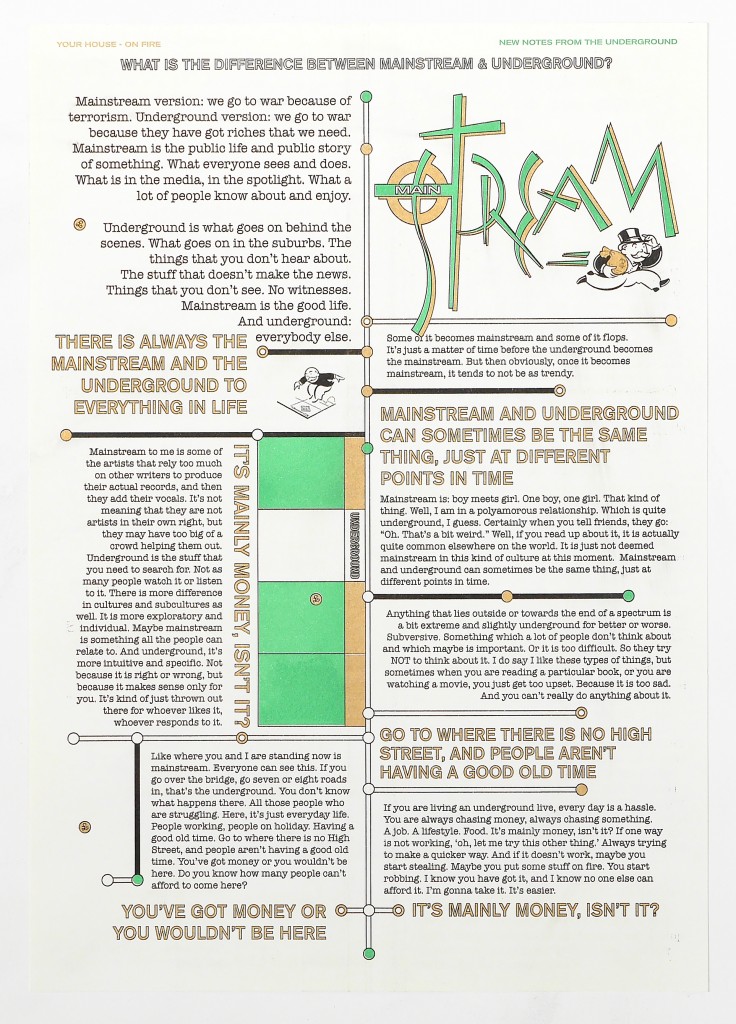