The performance-lecture Ted Owens: The Darndest Miracle you’ve ever seen is a theatre monologue aiming to allow audiences to experience Owens’ perspective on the world around us. Told as a first person narrative and featuring a healing session, the monologue reworks fragments of the letters Owens sent out to scientists and his biographer as well as bits of a taped diary. An uncomfortable experience, the performance departs from the beauty of magical thinking and Owens’ visualizations but also touches upon his strong sense of isolation and the anger resulting from it.

Co-produced by Grand Theatre and Pavlov Medialab.
Performed at Grand Theatre, DeFKa, and Meneer de Wit in 2007 and 2008.

Audiofragment of Owens as used in The Darndest Miracle (sound by Renger Koning). 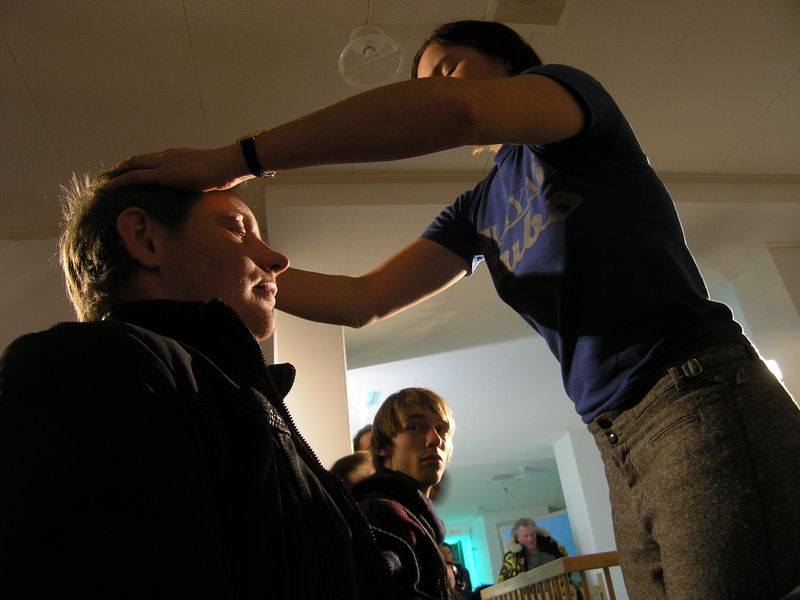