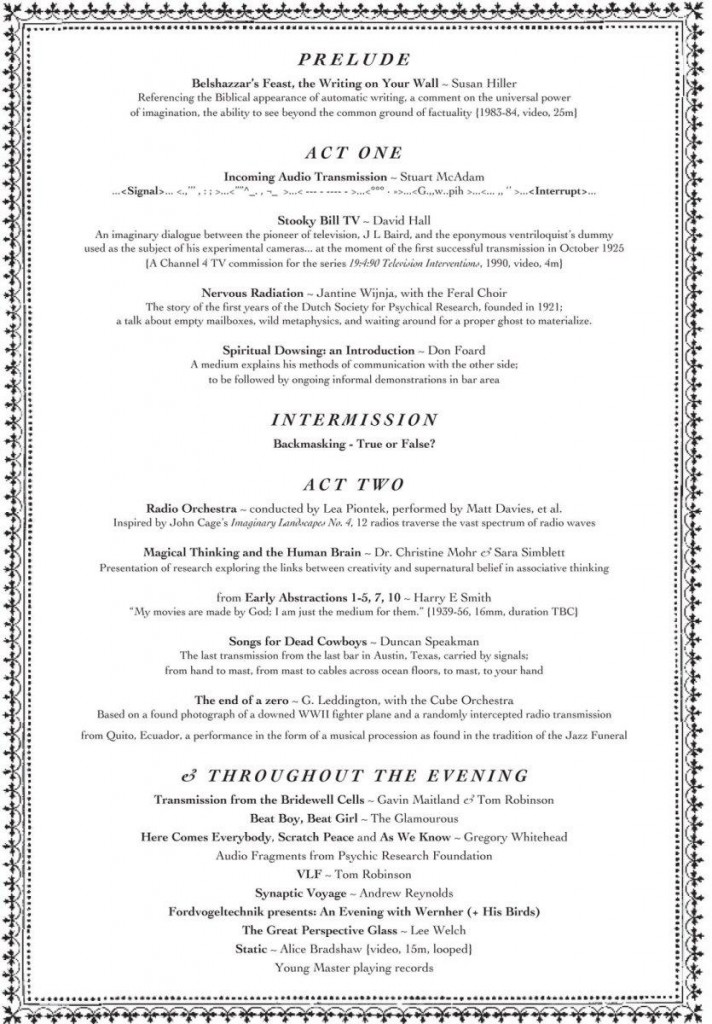 “It is impossible to report on our activities, since no phenomena have occurred.”

A talk about empty mailboxes, wild metaphysics, and waiting around for a proper ghost to materialize. Because after all, “Surely not only sentimental old spinsters choose to manifest themselves?” During the talk, the Feral Choir will sing forgotten metaphysical terminology.

In 1921 the Dutch Society for Psychical Research was founded by professor Gerardus Heymans. Its stated aim: “We don’t desire to arrange interesting shows a la Rubini, nor to collect sensational stories, nor to satisfy higher or lower emotional needs, or the need for comforting views or nervous shivers. We want to study the phenomena involved scientifically, and without prejudice…”
Nervous Radiation relates the story of the first, trying years of the S.P.R. as gathered from their minutes and proceedings from 1921 until 1925 (the year in which Heymans gave up his presidency).

Nervous Radiation was part of Plan 9’s Reception event, where one could learn how to dowse and speak to a dear bird named Wernher. Nervous Radiation was also presented at Lost and Found in Amsterdam, 3 April 2009. The Dutch Society for Psychical Research was also the subject of my installation De Studievereeniging.