Mind Radio RADIO was a 2-hour radioshow which originated as a wavelength extension of the larger Mind Radio project. It featured many contributions, from sci-fi stories and snippets from the Owens Archive to strange tunes selected by DJ Kesanova and DJ Andy Knopfen. For this show I collaborated with a quintet from Groningen: Het Hortus Kwintet. Their choirmaster had made brief compositions based on the terminology used in the minutes and proceeding of the first Dutch Society for Psychical Researc, which also featured in De Studievereeniging. They came over to the studio and sang them live at intervals during the show.

Making the show was such fun that it an integral part of my next project, Wild Metaphysics. During Wild Metaphysics, each Friday we aired a live show from Kunsthuis Syb. These three shows lasted an hour each, and featured interviews with the guests of that day, satirical audioplays by Stichting Hobbyrock, and artists’ contributions. The shows were broadcast on several regional radio stations in The Netherlands. Renger Koning made leaders and bumpers for the event, and artist Andre Kok took on the guise of sound technician. 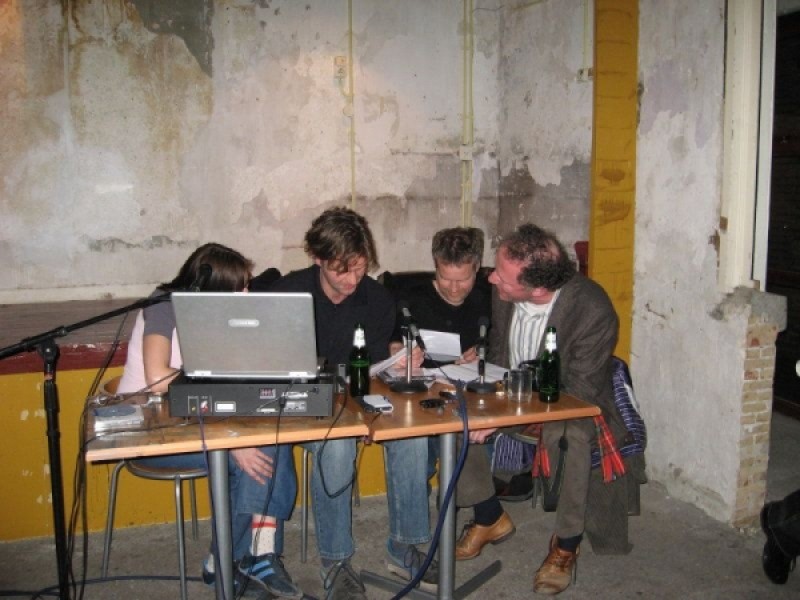