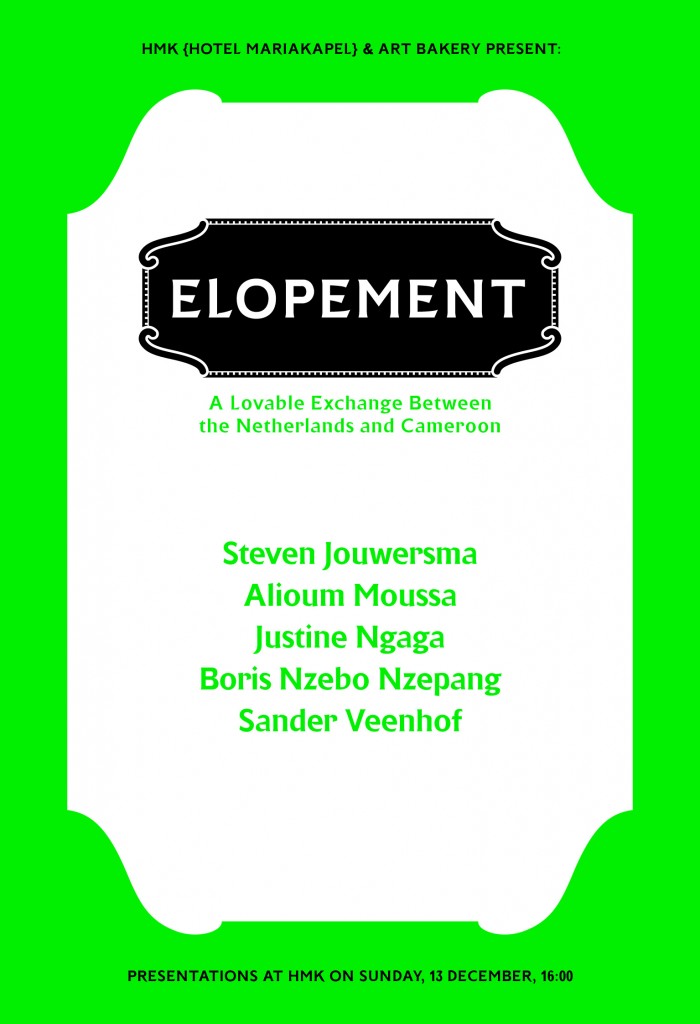 To elope: to take flight or slip away, usually with amorous intentions.

Elopement was an exchange project between Art Bakery in Cameroon and HMK {Hotel MariaKapel} in The Netherlands, curated by by Art Bakery’s Goddy Leye and me in 2009.
For Elopement, Sander Veenhof, Steven Jouwersma and I went to Douala, Cameroon, for a 3 week workperiod. During this time, Sander and Steven produced theNBEEP6 and Ngoso Bedimo respectively. We organized evenings of screenings and discussions.
Cameroonian artists Alioum Moussa, Justine Ngaga and Boris Nzebo Nzepang visited HMK later that year. Visa regulations proved a challenge. An afternoon of dilemmas was organized to look into  differences in mobility between artists in the Western world and those working elswhere. Guestspeakers for an afternoon of dilemmas were: Ton van Zantvoort, and Robert Kluijver. 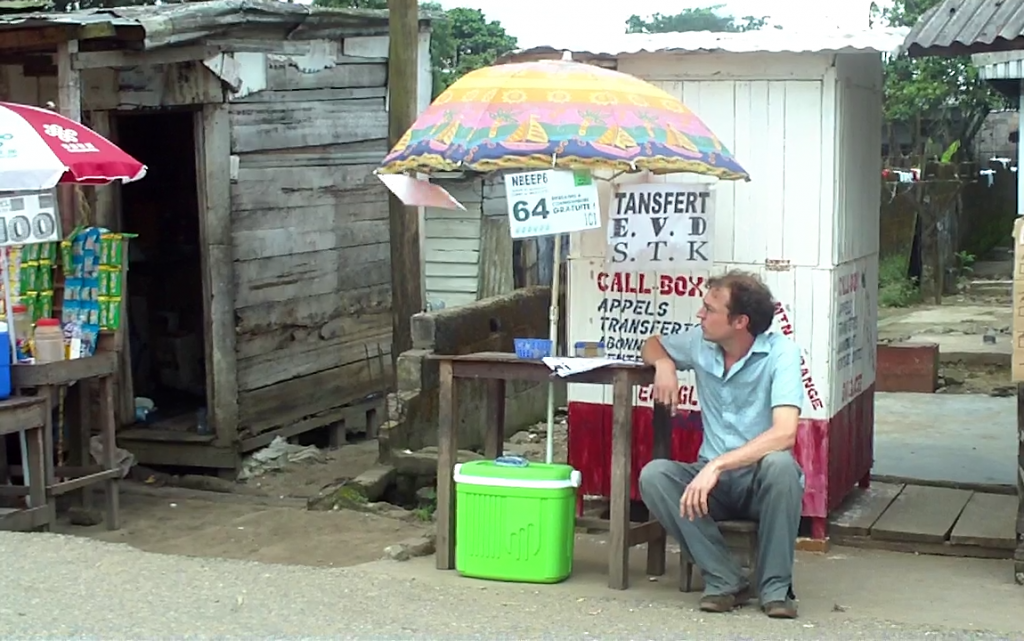 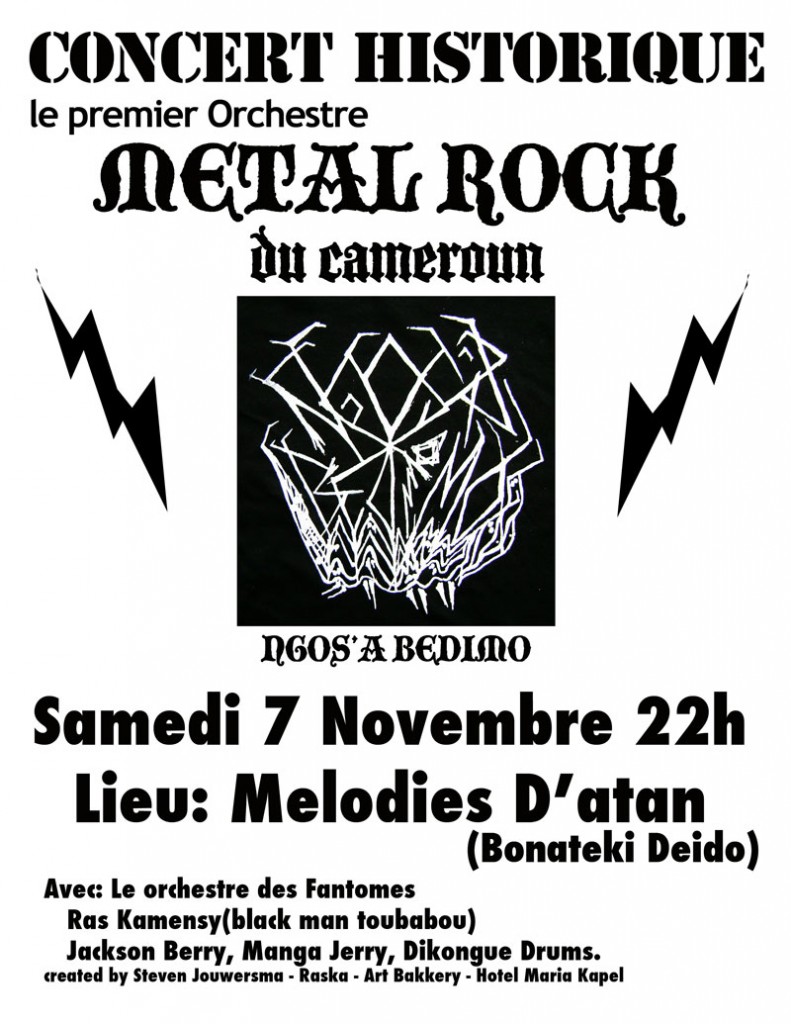 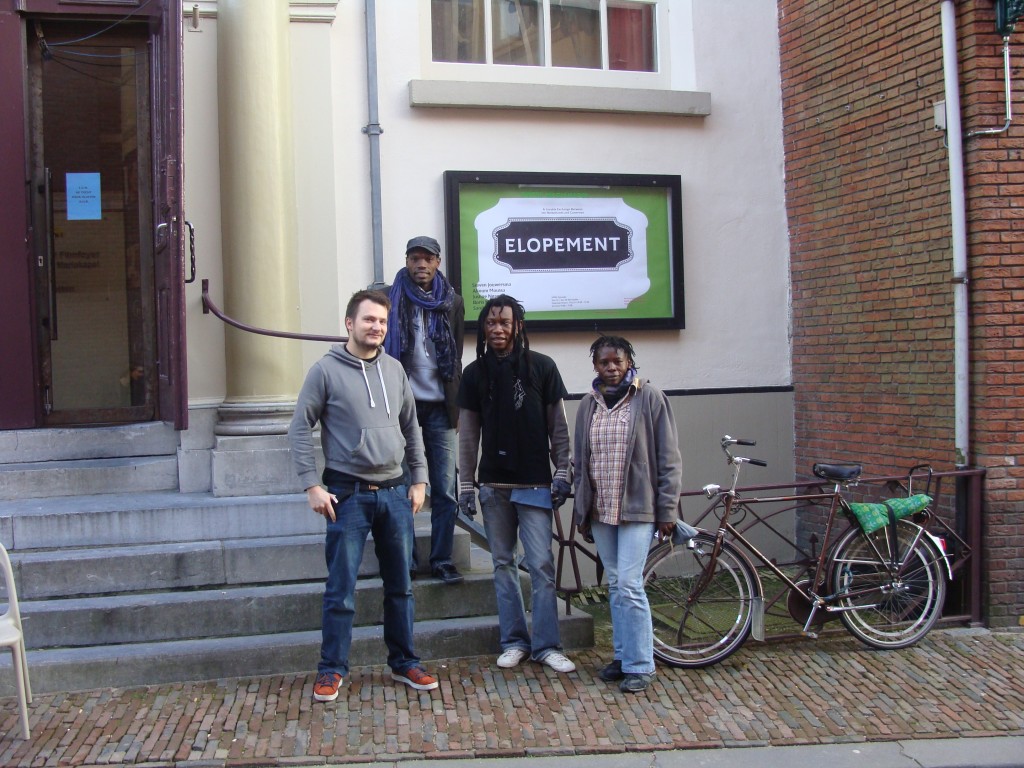